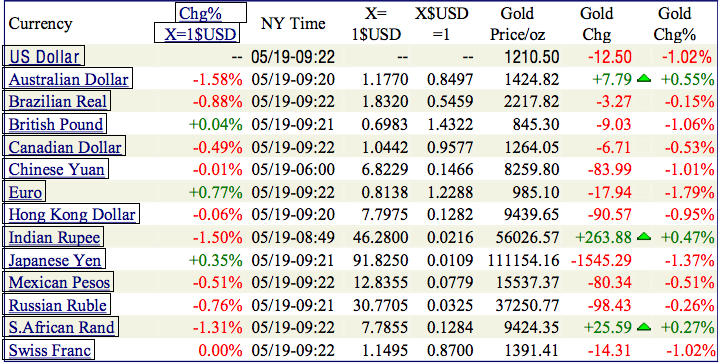 I write from Zurich Switzerland this AM where I am Chairing a symposium on energy metals and the possibility, given new metals and new technologies, to electrify the world.

Would that something as simple as global electrification was the pressing issue?  More to the point, this AM, the European Union seems intent on self destructing. Apparently no one saw the iceberg, reversed this Titans course in time, adopted austere fiscal measures or agreed to agree amongst EU members.  Those remedies are too late and there are not enough lifeboats.

Every day it is becoming clear that this Union could never propser without a singular fiscal policy – one that would have had to be dominated by German productivity and austerity.  To survive the EU countries would have had to look something like the states in the United States of America or the Canadian Provinces in the Dominion of Canada.  In Europe, wracked by three major continental wars in the past 150 years, that sort of union could never happen.

Yesterday Germany’s leader, Angela Merkel moved to declare naked short selling of EU bonds illegal in an effort to protect the banks.  In response, the Euro continued to fall finding lower levels.  It is being vigorously defended this AM by persons unknown.  The global capital, credit and currency markets are in full control of this situation now and they are dictating the demise of the European Union, its vaunted currency and the topping out of the US equity markets. France’s President Sarkozy recently slammed the table in a confrontation with Chancellor Merkel over the Greek rescue plan.  He threatened to withdraw France from the EU.  This AM the new British Prime Minister(s) will have to face the music as to whether the British people will ante up to save the European Union. We think this course of action is unlikely as it is in Germany.  In the table above you can see the Dollar, Yen and Euro are stronger. The Euro is being defended. It cannot prevail.

Governments seem to think that they can, by fiat, control the capital and debt markets.  President Obama and the US Congress, please take note as you craft your new regulatory system for the American capital markets.

Here in Europe, and indeed around the world, citizens of every country are voting with their feet.  The Euro is generally weaker and the US dollar stronger.   Deleveraging goes on.  Gold and silver have both taken it on the chin.  But that setback is temporary.  More concerns arise from the increased potential for significant sovereign debt restructuring in Europe (eventually in Britain and possibly the United States).

Even here in Switzerland, with its own stable currency, its significant backing of gold and its traditional conservatism in fiscal affairs, the man on the street is worried. It is the unknown that worries Europeans.  After three mega wars over the past century or so, several crises and a hyperinflation of huge impact the unknown quickly becomes dominant. It is becoming evident that the European Union is an experiment that is failing badly. Only months ago, the Chinese and the IMF were suggesting that the Euro could become part of a new fiat currency reserve system to supplant the US dollar. You won’t hear that siren song again.

This will have ramifications around the world. The equity markets are on queue as well.  The US equity markets have turned down decisively in response to an overvalued world and the scenario that slow growth and deflationary forces are upon us for the next 5 to 7 years. I wish there was a silver lining in this mess but the only suggestion I have this AM is to stick to good discovery stocks, with strong balance sheets and focus on gold, silver and energy metals.   With the exception of our long held discovery stocks we are headed to the sidelines.

The Energy Metals seminar is excellent. Severn companies have presented and I shall write on that tomorrow as we all head for round two in Geneva. There is so much  information on lithium, vanadium, rare earth metals, tungsten and electric cars to present.  The companies presenting on this trip are Avalon Rare Metals, Western Lithium, Stans Energy, Dajin (Lithium In Argentina), Malago (Tungsten), Sino Vanadium and Great Western Minerals (rare earths in South Africa).

In addition we were fortunate to have Jon Hykawy, analyst from Byron capital markets who spoke with authority on “The Electric Car” potential in the United States. John Kaiser closed the session with a very complete review of “Metal Security and Supply Issues.”

And yes the US can electrify its economy.  It will require 30 years but there needs to be a will and a new awareness in Washington that the country is almost bankrupt as the debt to GDP ratio now tops 87%.  The country sends overseas close to $400 billion a year for oil and another $3 to $5 billion each year for uranium. What is it that Washington doesn’t understand about debt?  Greece and the EU is just the tip of the Iceberg. Nota bena!

The material herein is for informational purposes only and is not intended to and does not constitute the rendering of investment advice or the solicitation of an offer to buy securities. The foregoing discussion contains forward-looking statements within the meaning of the Private Securities Litigation Reform Act of 1995 (The Act). In particular when used in the preceding discussion the words “plan,” confident that, believe, scheduled, expect, or intend to, and similar conditional expressions are intended to identify forward-looking statements subject to the safe harbor created by the ACT. Such statements are subject to certain risks and uncertainties and actual results could differ materially from those expressed in any of the forward looking statements. Such risks and uncertainties include, but are not limited to future events and financial performance of the company which are inherently uncertain and actual events and / or results may differ materially. In addition Dr. Berry may review investments that are not registered in the U.S. He owns shares and in Goldcorp, Senesco Technologies, Natural Blue Resources, Horseshoe Gold, Derek Oil and Gas, Terraco Gold, Neuralstem, Piedmont Mining, MegaWest Energy, CGX Energy, Solares Lithium and Quaterra Resources. Dr. Berry is a paid advisor to Revett Minerals. We cannot attest to nor certify the correctness of any information in this note. Please consult your financial advisor and perform your own due diligence before considering any companies mentioned in this informational bulletin.