Diamonds get their sparkle back 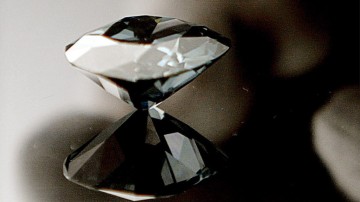 The lustre is quickly returning to the global diamond business as the economic recovery helps put more rocks on fingers and a supply crunch drives up prices.

Some diamond sellers also report more people buying the shiny stones as investments, after having lost millions in stocks in the recent market meltdown.

Expectations are that diamond prices will keep climbing this year, on the back of a steady recovery that began in the last half of 2009.

That followed a sharp drop of about 50 per cent a year ago, as consumers cut back on the ultimate luxury item during the recent recession.

While prices aren’t expected to surpass pre-recession levels until 2011, the comeback has also kick started sales and consolidation activity in the industry.

It’s also expected to be a boon for regions such as the Northwest Territories, whose economy relies heavily on the industry.

Today’s prices are about 20 per cent below their peak in August, 2008, said BMO Capital Markets analyst Edward Sterck.

Higher prices have more to do with lack of supply after production was cut back in the economic downturn.

“Rough diamonds have recovered extremely strongly because the diamond traders and cutters and polishers are speculating there will be a pick-up in demand for polished diamonds as the economy recovers,” Mr. Sterck said.

“That has been driven slightly by an artificial shortage of rough diamonds that was created in 2009,” when production was cut.

Giant diamond firm De Beers sold about $500-million (U.S.) of gems during its first sale this year at market premiums, while companies such as Gem Diamonds, Petra Diamonds and Namakwa Diamonds saw price hikes, according to a recent report from RBC Capital Markets.

“Conditions are improving for diamond miners as the cutting centres gear up modestly to sell more diamonds to the jewellery trade in 2010,” RBC analysts Des Kilalea and Patrick Morton wrote.

“Prospects for rough diamond prices are better than they have been for some time with jewellers reporting better sales and thus likely to start increasing inventory if the healthier demand conditions appear to be sustained.”

Alfredo J. Molina, owner of Black, Starr & Frost in California – America’s first jeweller dating back to 1810 – and Molina Fine Jewelers in New York and Phoenix, said he has seen a number of people turning to high-quality gems as an investment.

“The problem now isn’t finding buyers, but finding the product itself,” said Mr. Molina, who had three customers in particular who lost $780-million combined in the Bernie Madoff scandal.

“They have a new investment philosophy: ‘If we can’t see it or touch it, we don’t want it,’ ” he said.

John Bristow, president and CEO of Vancouver-based producer Rockwell Diamonds Inc., which has operations in South Africa, has noticed a “good resilience” in the diamond market compared with this time last year.

While Americans still represent just under half of the world’s diamond consumers, Mr. Bristow said there’s a noticeable increase in demand in places such as China and India.

Mr. Bristow also said he thinks the industry is healthier now that it has been forced to recalibrate.

“The fly-by-nights and wannabes have cleared out. We are back to about a dozen players, committed people.”

The size of the industry is also getting smaller through consolidations.

From the Globe and Mail