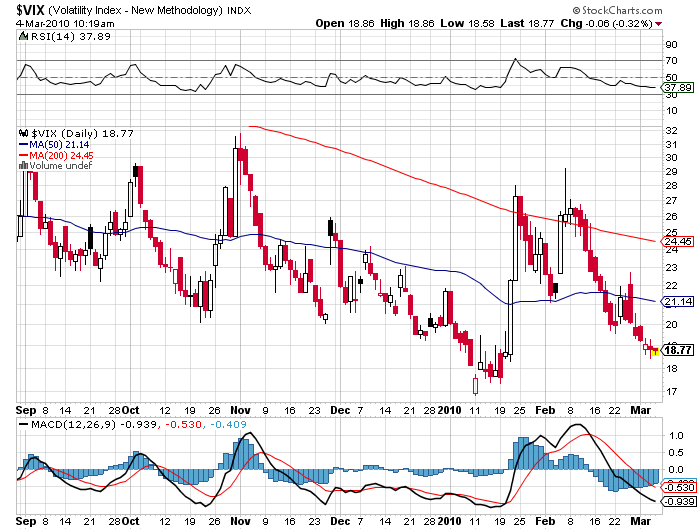 The latest Investors Intelligence poll shows that the bulls are at 42.1%, up from 41.1% last week; and the bear camp was trimmed back to 22.7% from 23.3%.  So the widening in the bull/bear spread is a modest negative for those who are constructive on the market.  All the more so with the VIX index now south of 19.  Complacency reigns.

…..read more HERE (headlines from this mornings comment below) IN THIS ISSUE OF BREAKFAST WITH DAVE

• While you were sleeping —equity markets are a little wobbly overnight; it looks like  Greece is going to try and solve its problem on its own

• U.S. employment backdrop still challenging — the U.S. economy is currently about12 million jobs shy of being at full employment and it will likely take 5 to 10 years to getback to the prior pre-recession peak in the employment-population ratio

• Is Japan a sleeper? Japan’s economy has strung together a series of positive data releases

• … and so is housing in the U.S. — the renewed downturn in home prices may be weighing on consumer sentiment

• Someone out there likes bonds!

• Fiscal follies — did you know that the structural deficit-to-GDP ratio is actually higher in the U.S. and the U.K. than it is in Greece and Spain?