Chinese Snap up Mining Assets at “100 times the level” 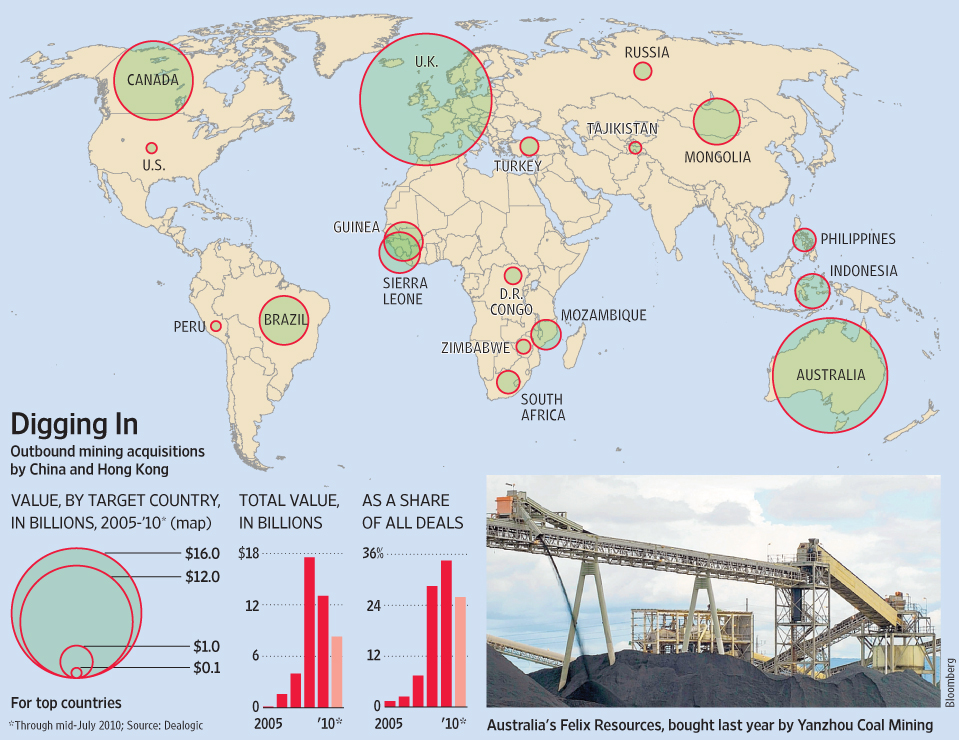 In the global hunt for mining assets, China has emerged as the buyer to beat: Just a few years after suffering high-profile failures to close big acquisitions, Chinese buyers of all sizes are sealing more sophisticated deals at a higher rate of success.

Companies based in China or Hong Kong participated in $13 billion of outbound mining acquisitions and investments last year—100 times the level in 2005, according to data tracker Dealogic.

China-based companies are on a similar pace in 2010. Last week, Shandong Iron & Steel Group Co. announced a $1.5 billion investment into an African Minerals Ltd. iron-ore project in Sierra Leone, the latest of 76 outbound mining deals announced by China-based buyers so far this year, valued at $8.3 billion, according to Dealogic.