Breakfast with Dave – While you were Sleeping 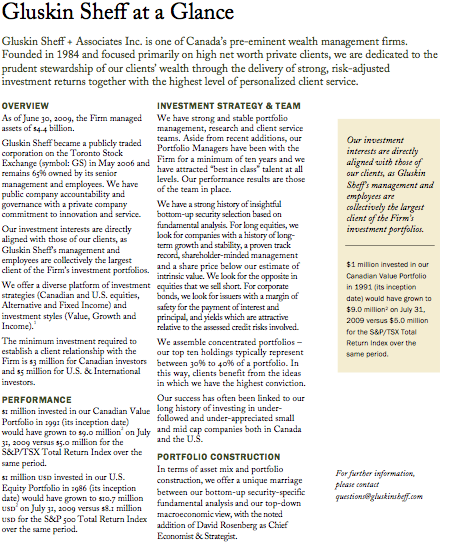 • While you were sleeping: German ZEW index came in below market expectations — Euro sold off on the news despite the index being at its highest level in three years; U.K. RPIX inflation as expected

• Reviewing some secular themes: We are in a post- bubble credit collapse environment; the transition to the next sustainable bull market and economic expansion is likely years away
• San Francisco Fed President Janet Yellen supports our cautious view

(Ed Note: One short but interesting section below)

We are in a post-bubble credit collapse environment.  The transition to the next sustainable bull market and economic expansion is likely years away.  The most notable “non-confirmation” signpost for this bear market rally in equities is the 3-month Treasury bill yield, which is just 13 basis points away from zero.  This could be Japan all over again.

The global economy is being held afloat by rampant fiscal stimulus, which is accounting for all of this year’s growth rate and 80 pct of next year’s.  This is very much like the 1930s when the pace of economic activity was in need of major stimulus.  The sharp downdraft in the equity market and the steep recession in 1937-38 after the government had the temerity to remove the life support fully eight years after the initial shock is case in point.

As for the U.S.A., real GDP would have contracted at a 6% annual rate in 2Q, not 1%, if not for the dramatic fiscal stimulus out of Washington.  As for the current quarter, that 2-3% annualized GDP gain penned in by the consensus would actually be flat to negative without all of the fiscal help (ie, Cash for Clunkers)   While policy reflation is massive, there are limits and to date, the initiatives have only helped cushion the blow.  The key to the inflation process is not what the Fed is doing to the money supply but the extent to which, if at all, the “liquidity” is being circulated in the real economy.  Velocity is still contracting.  You can bake a cake as a central banker, but that doesn’t mean anybody is going to eat it.  Rents are declining for the first time in 17 years.  Consumer credit is contracting at a rate not seen in 65 years, and this not only reflects a desire to bolster depleted savings rates but also rising charge-off rates among lenders; and, wages/salaries are shrinking at an unprecedented annual rate of nearly 5%.  Between rents, credit and wages, we have a deflation on our hands of epic proportions.