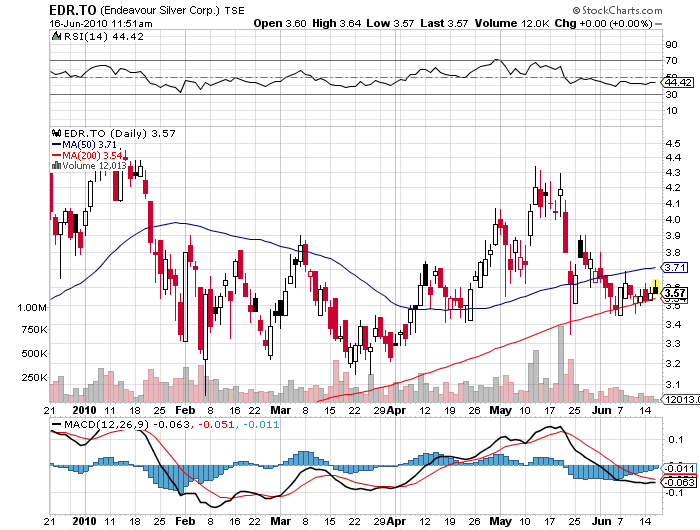 Sean Brodrick sees silver reasserting itself as a monetary, investment and industrial metal. South of the border, some of the Mexican miners have an “embarrassment of riches”—which have largely escaped the attention of Wall Street.

“I’ve been to Endeavour Silver Corp. (NYSE:EXK; DBF:EJD; TSX:EDR) and seen their projects in Guanajuato and Guanaceví-they look great. I expect they’ll be acquiring either a private or a public company. I’m not hearing that from them; just seeing how they’re positioned, sitting on cash, looking around for this deal and that deal. What that would do to the share price depends on the structure of the deal, but it can’t hurt.”

“I think they’ll do extremely well. They had nice revenues last year,  and in the first quarter of this year revenues increased something like 115% over the year prior. That’s not hard to do when the price of  silver is soaring, of course; but the nice thing about each of these  companies I’ve mentioned is they went through the low prices we had in  silver and came out stronger. Each of them had to cut back, really  tighten their belts. That made them much leaner and meaner. Their  growth picture is really good now because they’ve already been through  the bad times. So as the price of silver goes higher, they can have  real growth in their earnings and their revenue. And they’re all ramping up their production. They have new land packages.”