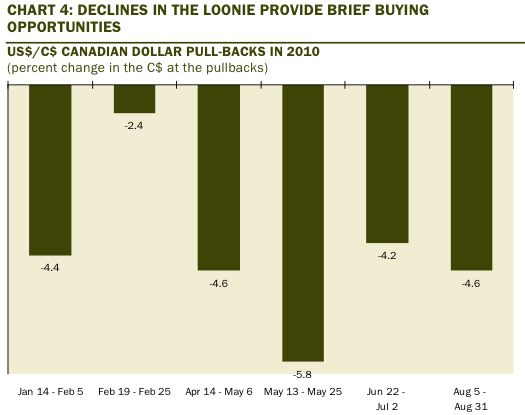 Despite global turmoil and political uncertainty at home, the Canadian dollar has hung in quite well. Since March 9th, when it hit a three-year high of 1.03 USD, the CAD has sold off slightly, down about 1.5%.

We have argued in the past that Canadian dollar fundamentals remain very good. The recent Federal Budget reinforced Canada’s relatively strong balance sheets, with the Government projecting to be out of a deficit situation in less than five years (and with conservative estimates underpinning this projection, this looks credible, in our view). On top of that, the banking sector is very stable and the economy seems to have weathered the 2009 recession well, with a very solid recovery intact.