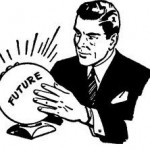 “Those of us who look into a crystal ball end up eating lots of broken glass.”

The finest gentleman I ever met in nearly three decades of being in and around the financial services industry, Mr. Kennedy Gammage, often said the above when asked for his outlook. At best, some of us can make an educated guess. At worst, one would have been better off with darts. In 2011, yours truly fell somewhere in between.

In a world where “what have you done for me lately” is paramount, I begin 2012 with a mixed bag of thoughts and a sense it shall end up better being a live chicken versus a dead duck. Because I derive a living and much of my personal investing dollars are geared towards an industry where failure is the norm, the junior resource market, I believe I’ve become more realistic of my chances and have borrowed an old slogan of “bet with your head, not over it.” Unfortunately, too many people don’t treat it as gambling and are not prepared financially and mentally to lose part or all their capital – a feat all too common in the junior resource market.

Instead of having a very small amount of high-risk capital allotted to the junior resource segment with a true understanding that failure is the norm and losing part or all of one’s capital is very real, they instead plow a large percentage of their monies and then look to blame anybody but themselves when the odds stacked against them play out. The fact that most of the pundits in this arena never note the dark side doesn’t help.

So first and foremost, to any and all readers of my blog I say that when it comes to the junior resource market, failure is the norm and I will have my fair share of it. Don’t fool yourself into thinking a business where 9 out of 10 companies eventually failed to go the whole nine yards is a place where you should place any capital that you’re not fully financially and mentally prepared to lose.

Keeping in mind that while I comment on various markets, this blog’s main purpose is to feature companies I’m compensated by, I shall endeavor to make “guesses” on what may unfold in the following markets:

U.S. Stock Market – Perhaps the best thing I did in 2011 was not to short this market despite lots of suggestions to, and I ended up making my only trade from the long side. While something unforeseen can take it down hard, it continues to look like for the early part of 2012 that the least resistance is to the upside. I think the “Don’t Worry, Be Happy” crowd will make the argument that the market held up despite an onslaught of so-called bad news like the European debt crisis and, with the U.S. economy grudgingly improving, can push share prices higher.

The key question is, can the November presidential election create another “hope” win for either party and therefore postpone until after 2012 the inevitable horrific fiscal crisis that is coming here at home… no ifs, ands or buts? I don’t know the answer, but I do know it’s not a question of if it gets real bad here, but when.

U.S. Bonds – Personally, I think it’s insane to lend anyone (let alone broke Uncle Sam) money for 10 – 30 years for interest rates of 2-4%. You would have to believe in Santa Claus and the Tooth Fairy and think that Elvis and Jimmy Hoffa are alive on an island somewhere to believe inflation is/will be less than these interest rates over the next 10 -30 years. In the end, I think bonds end up the worst bet for the next 10 years.

U.S. Dollar – Its main competition, the Euro, is in horrific shape at the moment and giving some wind behind the dollar’s sail. The problem with that is the Europeans have at least come face to face with the debt problem. Americans by and large still have their heads buried in the sand and have made an already bad problem worse. I don’t know the date or time, but the ability to kick the can down the road is nearing an end. The price to be paid will be enormous and shall eventually kill the U.S. Dollar.

I continue to believe the Canadian Loonie (dollar) is the only currency to own. I love Canada (I’m working on the Canucks part).

Gold – Whatever lows we make in this current correction (worse case is the low $1400s, best case is low being put in very near term), I suspect it shall be well within the 1st quarter and by the time 2013 arrives, we shall be at new highs. The mother of all gold bull markets remains, IMHO.

Base Metals – After a couple years of seriously underweighting with base metals, I think many of them are at or near their lows. I especially like zinc and continue to favor copper.

Oil and Natural Gas – Believing a crisis or a series of crises in the Middle East is inevitable, it’s hard to envision oil much lower and can spike to new highs if and when one or more crises raise their ugly heads.

Much more abundant supply of natural gas has taken the air out of a budding new bull market. However, with natural gas at $3 and oil at $100, a long gas/short oil play for the one in one million speculators/gamblers out there who meet the financial and mental toughness to engage such a play is worth considering.

Please note – None of these stocks hit price and suggestion has now ended.

My theme for quite some time now is to make tomorrow the first day of the rest of your life. This song helps me focus on that. (Ed Note: What a great version of this song!)

This entry was posted on January 2, 2012 at 7:13 PM. You can follow any responses to this entry through the RSS 2.0 feed. Responses are currently closed, but you can trackback from your own site.