There’s been a change 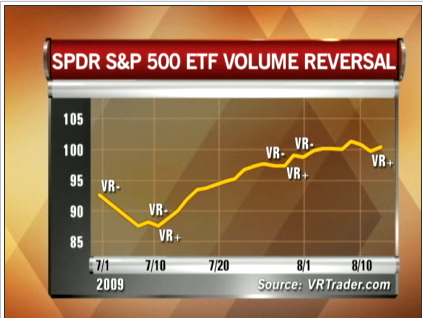 Gold is now heading into the positive season as seasonal demand from various holidays around the world bring jewelry production to the forefront.  With normal seasonal demand expected to pick up, the Fed’s decision to keep the petal to the metal with regard to their cheap money policy sows the seeds for a fall rally in gold.

The Fed’s decision will make a rebound in the dollar that much more difficult for two main reasons.  First, the dollar will continue to be the borrowed (or shorted) currency in the carry trade.  Second, the Fed’s continued easy money policy will bring inflationary pressures to bear down the road as more liquidity is being pumped into a system that we are being told is recovering.  The Fed dare not turn off the spigot here as that would jeopardize this already fragile jobless, liquidity driven ‘recovery’.

The point here is that if the economy does recover, all of the excess liquidity in the system will push inflationary forces higher, which will raise the appeal of gold as an inflation hedge.  If the economy does not recover, that means that the carry trade will be alive and well which will keep downward pressure on the dollar, and its debasement will continue while further putting its status as the world’s reserve currency in jeopardy. The rally in the US Dollar led to a decline in the Canadian Dollar, which also fell against the Yen and Euro. FXC declined 0.84 to 90.78.

Overall, the Canadian Dollar should continue to be strong as the Canadian economy holds up better than most, their financial industry survives without the big losses we are seeing in the US and Europe, and strength in gold and oil, though a flight to safety could temporarily hurt the Loonie.