Natural Resource Largesse and the key to investing… 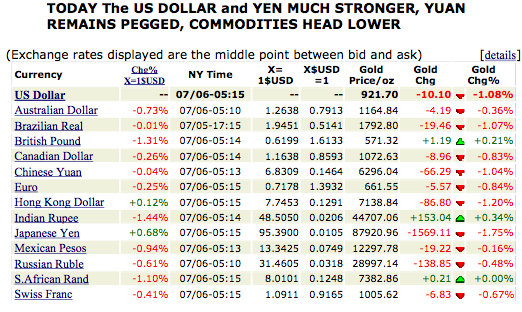 1. Canada and Mexico: Neighbours in the Americas
2. A Purposeful Stride Down Wall Street

Like bookends, Canada and Mexico adjoin the US geographically and economically. In good times both economies benefit.  In poorer economic circumstances both suffer. At least Canada’s chief financial officer tells the truth. We have seen very little of that in the US. Washington, perhaps from inexperience, keeps spinning the current recession. For example in order to  pass a fiscal spending bill we were told that failing to pass the $787 billion measure (laced with transfer payments and earmarks) would be a disaster for the country.  Few legislators even had time to read the bill in its entirety. The Administration told us that unemployment would be capped at 8% if the Recovery bill was voted into law. Today it seems that the opposite is true. 14.7 million Americans are unemployed – and more shall follow. 16.5% of Americans are underemployed according to the BLS.  Yesterday Jim Flaherty, Canada’s Finance Minister said,

“We are concerned of course with the reality of rising unemployment.  The unemployment rate in the U.S. is well above 9% and is likely to go higher into 2010. We expect some continuing growth in unemployment in Canada as well. [But] the recovery from the recession will happen before a reduction in unemployment.”

Mr. Flaherty expects Canada’s unemployment rate to increase from 8.4% to 8.7% (by Friday) a 12 year high.  Canadian economists expect a blunted recovery in 4Q 2009 or 1Q 2010. The strength of the recovery (real investment or government stimulus?) is an important question.

Unemployment, which usually lags a traditional recovery, is so painful. It is a very powerful catalyst for change.  That’s why unemployment and weekly-hours-worked statistics are very important.  Unemployment may be a lagging indicator but it carries pernicious and long lasting side effects that are behavioral in nature.  Unemployment changes consumer behavior.  For example BMO recently noted that Canadian delinquencies in credit cards and sales finance purchases increased by 38% and 58% last year. 150,000 Canadian homeowners are having trouble meeting household debt payments. Though Canadians generally avoided the worst of the US housing bubble, unemployment has pushed Canadian mortgage delinquencies higher as well. Derek Holt, the chief economist at Scotia Capital said,

“As bad as the (editor: “Canadian”) recession was in the early 1990s, today’s bankruptcy picture is shaping up to be worse, even when properly adjusted for population growth over the years”.

CIBC predicts a 9% to 9.3% peak unemployment rate for Canada by 2010. Few commentators have focused on the production / capacity gap. How much capacity must be worked off? How much more debt must be liquidated? No one seems to know these numbers and no one seems to be willing to estimate them. This AM once again deleveraging reigns supreme. The US currency and the Yen are stronger against all fiat cousins. Gold and commodities are falling. These currency fluctuations will reoccur till the excess debt that has been piled up over the past two decades is eliminated. Till the excess capacity is worked off and the debt liquidated (or converted to equity) the Canadian economic recovery will be muted. The end for Canada cannot be not in sight till the US housing and banking institutions stabilize. Today there is an increase in excess capacity in the labor market; wage pressures continue to ease; aggregate hours worked continue to fall; and average hourly wages continue to grind lower. Tightening by the Canadian or American central bankers is most definitely not possible. The tilt is towards deleveraging, contraction and deflation. Oh, for a little inflation?

Mexico now travels a more difficult path than Canada.  Mexico depends on oil revenues for 40% of its GDP. Oil production is now falling in Mexico. She may become an importer of oil within 6 years.  Globally the oil addiction is pernicious whether you are addicted as in the US or an exporter as in Mexico’s case.  Since Mexico exports most of its industrial production to US consumers and since US consumers are on the sidelines from the behavioral shock of wealth destruction, foreclosures and unemployment, Mexico is in trouble. Mexico’s unemployment jumped in May to 5.5%, a 13 year high.

Till the advent of recent global economic woes and the H1N1 swine flu virus (which alone cost the Mexican economy $2.2 billion), Mexico was the model of emerging economic growth. Now GDP growth in Mexico will shrink by 5.5% in 2009.  Exports account for 25% of GDP. In North America economic contraction obtains. Notes Stephen Haber, a senior fellow at the Hoover Institution Stanford University,

“Mexico has not grown like gangbusters in the last decade … but smart fiscal and monetary policies and a commitment to trade and investment have slowly built a middle class, many of whom will be hit first. They are having a doozy of a recession. They are not going to recover until we do.”

Mexico’s incumbent president has his hands full.  He is now fighting a war against well organized drug organizations who recruit from the ranks of the unemployed. Remittances are the second-largest source of Mexico’s foreign income. Money sent from abroad fell by 19% in April to $1.78 billion. The fall in remittances has been partially offset by a stronger dollar. In addition to the estimated 10,000 deaths in the War on Drugs, Mexican immigrants unable to find work in the US are returning home and swelling the ranks of the unemployed. We return to one of our central theses.  An economy must have cheap and secure energy to prosper. When an economy prospers, people find the work they want and the overall quality of
life improves. The decline in oil prices has impacted both the Mexican and the Canadian economies.  In the final analysis they have suffered due to their addiction to the US consumer.

Higher oil prices (commodities in general) are good for Mexico and Canada as net exporters but bad for mom and pop in Kankakee, Illinois.  Both Mexico and Canada are resource economies. Silver, gold, uranium, copper, oil, natural gas and many other commodities “back” their economies.  This is the ultimate irony.  Of course oil prices must increase eventually in spite of the recent oil futures market manipulation on the ICE in London. But volatility in the energy markets is a big negative. Ultimately the Mexican and Canadian economies will right themselves because of their natural resource largesse, the expectations of inflation and their willingness to support extractive industries.  In the meantime, in between time, there will be pain.  That pain will last longer than we had hoped. With this pain political and regulatory change is coming.  Mexico’s will hold its national elections soon.

Investment in resource discovery potential will be value creating in the long run.  We hope the aforementioned changes will be positive and value creating, not destructive overreactions that will challenge our freedoms.  In Washington economic protectionism is increasing as it did in the 1930s. We must not fall into that trap. Canadian, American and Mexican lawmakers must get together and address these issues in a constructive manner.  That is the only route out of this economic malaise that will otherwise be our companion for the next few years.  Feedback loops between Mexico / Canada and the US are at work as well. The long delayed free trade pact with Colombia should be ratified by Congress. This
would be a signal to our neighbours in the Americas that we must row the economic boat in the same direction. Any other US policy will draw out and worsen the current economic dilemma.

You can sign up for his free letters HERE.